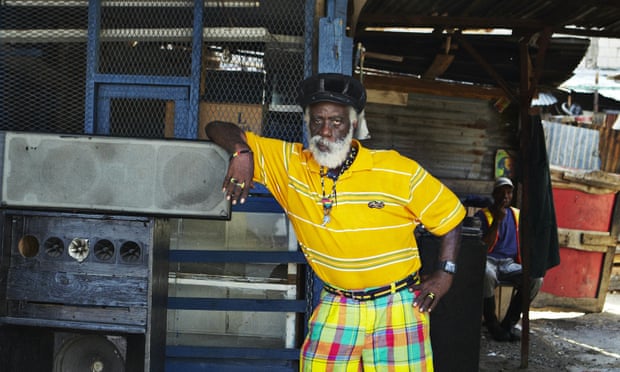 The Jamaican reggae vocalist Jah Stitch died in Kingston on Sunday aged 69, following a brief illness. Although not necessarily a household name abroad, the “original raggamuffin” was a sound system toaster and DJ who scored significant hits in the 70s, later working as an actor and appearing in an ad campaign for Clarks shoes.

Born Melbourne James in Kingston in 1949, he grew up with an aunt in a rural village in St Mary, northern Jamaica, since his teenage mother lacked the financial means to care for him. He later joined her in bustling Papine, east Kingston, but conflict with his father-in-law led him to join a community of outcasts living in a tenement yard in the heart of the capital’s downtown – territory aligned with the People’s National party and controlled by the notorious Spanglers gang, which James became affiliated with aged 11.

As ska and rock steady gave way to the new reggae style on the nascent Kingston music scene, young James became a regular fixture of sound system dances. He drew his biggest inspiration from the Studio One selections presented by Prince Rough on Sir George the Atomic, based in Jones Town, and the microphone skills of Dennis Alcapone on El Paso, based further west at Waltham Park Road.

In his teens, James began selecting records on a new sound system called Fingertone, initially a small community sound system established by a man known as Finger. Later, the sound was renamed Tippertone and became one of the most popular sound systems in Jamaica. Tippertone had a reputation for exclusive dub plates, especially from the Studio One catalogue, and Stitch was renowned as a selector of great skill, with exquisite sequencing and timing. Female fans gave him the nickname Stitch because he was always immaculately dressed, which morphed to Jah Stitch for his Rastafari orientation.

In the early 70s, Tippertone launched the careers of fellow toasters Big Youth and Doctor Alimantado, and Stitch and Big Youth began toasting together on the sound and elsewhere, both employing an understated delivery and Rastafarian focus, with Stitch’s rhymes delivered in a gruff baritone. However, financial disputes caused Stitch to quit Tippertone and shift to the new Black Harmony set, established by a friend on Ninth Street in Greenwich Farm. Big Youth was already making a strong impact as a recording artist and when Stitch was ready to begin his recording career in 1975, he started things off with a bang, voicing two hit songs on the same day: Danger Zone was made for the bassist and vocalist Errol “Flabba” Holt and the Killer for hit-making producer Bunny “Striker” Lee, with whom he enjoyed a long and fruitful association. Placing Stitch atop hit rhythms previously voiced by Horace Andy, Cornell Campbell and Johnny Clarke, Lee produced popular Stitch tunes such as Greedy Girl and Give Jah the Glory, while Strictly Rockers and Judgement were issued by visionary associate Yabby You.

Stitch’s career seemed on an inexorable rise, but trouble arose in April 1976 when an ill-fated plan was hatched for a sound clash between Black Harmony and Tippertone. Black Harmony had relocated to a rough patch of slum ground called Fletcher’s Land, where some residents were aligned with the Jamaica Labour party, drawing indignation from some of Stitch’s former Tippertone associates. One afternoon near Chancery Lane, a Spanglers member demanded that Stitch abandon Black Harmony and when he refused, the man tried to stab him with a knife; rebuffed after a brief scuffle, he soon reappeared with a gun. Stitch was cornered in a bar behind the Wailers’ record shop on King Street and shot through the mouth, managing to survive when the bullet somehow ricocheted and exited.

Hospitalised for four months, he emerged with a contorted oral cavity and a fearsome hunger to record, reportedly voicing 19 songs for Bunny Lee in less than an hour. His 1976 debut album, No Dread Can’t Dead, celebrated his survival and elevated his profile in Britain; Watch Your Step Youthman (1977) and Moving Away (1979) consolidated his reputation, the former having strong commentary on Jamaica’s volatile political situation on songs such as Dread Inna Jamdown, The Rod of Correction and Under Heavy Manners, the latter proclaiming his individuality on Different Fashion and Moving Awayfrom the Rest of the Field.

UK label Blood and Fire’s retrospective album Original Raggamuffin introduced Jah Stitch’s work to a new audience in 1996, taking him to Austria to perform at the Steirischer Herbst arts festival. The following year, he appeared in Don Letts’ and Rick Elgood’s film Dancehall Queen, playing an incidental street tough; Elgood also cast him in the 2009 television drama, Mi and Mi Kru. In 2015, he appeared in a Clarks shoes campaign, organised to correspond with the publication of One Love Books’ Clarks in Jamaica.

In recent years, Jah Stitch coached upcoming talent at Song Embassy, near Papine, where I was fortunate to interview him in 2017. He kept in touch thereafter, regularly updating me on developments in Kingston’s ever-changing music scene. One of reggae’s ultimate survivors, it is truly hard to fathom that he’s gone.