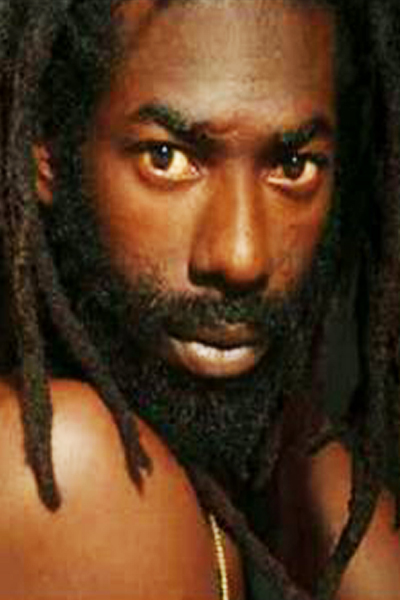 By Erin Lowers
Published May 03, 2019
From http://exclaim.ca/music/article/barbados_reggae_festival_featuring_buju_banton_busy_signal_and_sizzla_kolanji-bridgetown_barbados_april_27_to_30

While Toronto and other parts of Canada were experiencing the final bouts of winter to close out April, hundreds of people escaped their respective cities to Bridgetown, Barbados for their 15th annual Barbados Reggae Festival.

The three-day festival, which took place between Pirates Cove and Kensington Oval, highlighted reggae and dancehall through the eras. From basement jams to freedom songs, it was an eclectic lineup of both old and new artists who provided performances for all generations. This year’s Barbados Reggae Festival also marked a special event — the return of Buju Banton (pictured).

Taking place on Saturday (April 27) at Kensington Oval, Buju Banton was warmly welcomed back to the island by a sold-out crowd for his first performance since 2006.

Banton, who was released from prison in 2018 after seven years for drug-related charges, performed in Jamaica for the first time this past March and followed up with performances in the Bahamas and Trinidad and Tobago shortly thereafter. Albeit his past, Banton, who is in the midst of his “Long Walk to Freedom” tour, has been praised for his socio-political, religious and spiritual music for over 25 years and has served as an agent of change for the West Indies at large.

Before touching the stage, Bajan-born Buggy Nhakente, Wayne Wonder, Agent Sasco and Spragga Benz shared the stage — the latter of whom performed his own major hits, such as “Hunting,” “We Nuh Like” and “Movin’ Up the Line.” But it was “Hills and Valleys” artist Banton, who started his performance at 1:30 a.m., that immediately took the crowd aback. It even brought out hometown hero Rihanna, who casually posted on social media from backstage.

Coming out to “Our Father in Zion” wearing a blue-collared shirt and with his locs flowing freely, the crowd screamed and cried as Banton appeared on stage. For over 90 minutes, Banton took fans through his catalogue, performing songs such as “Not An Easy Road,” “Give I Strength,” “Hills and Valleys,” “Driver,” “Psalm 23,” “Wanna Be Loved” and even brought Wayne Wonder back on for “Forever Young.” Banton took a minute to thank fans for their support, and reminded them that he once performed to a club of 100 people nearby, not the thousands that were in front of him. More importantly, he also paid tribute to those before him: Bob Marley and Beres Hammond, respectively.

The celebration that took place at Kensington Oval was one of life, music and legacy, but just the first night of the Barbados Reggae Festival. While day one was historic for the country’s music scene, day two would prove to be just as satisfying.

Though the event started early in the day, performances kicked off at 8 p.m., starting with the likes of Just D, Hollabak, Stiffy and Marzville. Despite the thousands of people in attendance, the crowd was relaxed and perceptive to the newer acts who warmed them up for what was to come: veteran artist Busy Signal and headliner Sizzla Kolanji.

Similar to Buju Banton, Busy Signal also made his first return to the island in over a decade. Performing songs such as “Unknown Number,” “One More Night,” “Sweet Love” and crowd favourite “Stay So,” Signal marched back and forth the stage in a Versace shirt, engaging with the eager crowd. The hour-long set went by quickly, leaving fans energized and satisfied for the next act.

Coming onto the stage with the 1998 hit “Like Mountains,” Sizzla Kalonji immediately grabbed the crowd’s attention. With a career spanning over 25 years (similarly to Banton), Kalonji wasn’t short of hits to perform. “Got It Right Here,” “Holding Firm” and “Be Strong” were immediate crowd-pleasers, but he went the extra mile and called the previous night’s performers (Agent Sasco, Wayne Wonder and Spragga Benz) to perform with him. Nearing the end of his hour-long set, he performed a medley so that, if you hadn’t heard your favourite song yet, you wouldn’t walk away disappointed.

The Barbados Reggae Festival closed out with a Vintage Reggae that featured the likes of Admiral Tibet, George Nooks and the legendary Barrington Levy, which as we were told, was for the “older folks who don’t business with young people.”

From start to finish, the Barbados Reggae Festival reflected some of the most important cultural icons in Caribbean music history. Taking over 40 years of music history and packing it into three days is no small feat; however, the 15-year-old festival did just that — paying tribute to the old, re-celebrated the classics and made space for the new. While it’s unsure what next year’s festival will hold, for the attendees that flew from one side of the world to the other and everywhere in between, this year’s festival will be hard to top, and for that, we’re thankful.